Narendra Modi’s biggest critic cannot deny the fact that no other prime minister has done as much as him to honor Netaji.

From the day he took over as head of government in 2014, he strove to bring Netaji to the forefront of collective admiration. The latest is the installation of a 23-foot-tall black granite statue under a cupola on the eastern side of India Gate in New Delhi, which is soon to be erected.

A statue of Netaji Subhas Chandra Bose will be installed under the canopy of India Gate. Photo: author provided

Modi’s admiration for Netaji is neither recent nor sudden.

He became interested in it when he was chief minister of Gujarat and in a letter of appreciation to Balasaheb Deshmukh, founder of Netaji Subhas Chandra Bose Indo-Japan organization, on December 5, 2013, expressed his deep happiness at the initiative they were taking to honor the reverend priest Mochizuki, who for generations had cared for Netaji’s remains at Renkoji Temple. 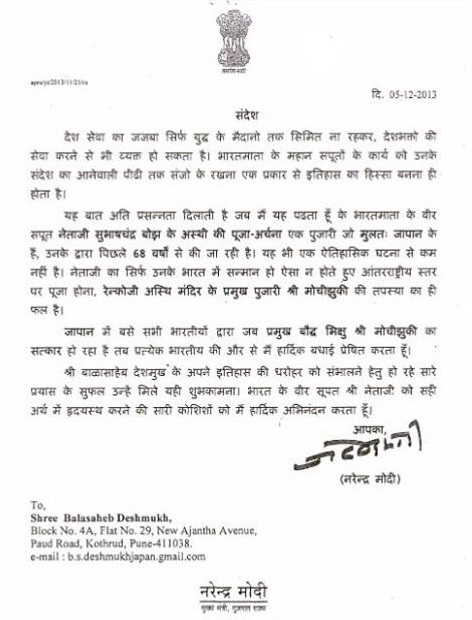 Later, in March 2014, he assured potential voters that he would bring Netaji’s remains to India if elected to power, which previous governments have not done. (see clippings below).

Previously, Modi had kept his promise and brought home the ashes of freedom fighter Shyamji Krishna Verma from Geneva in August 2003. They had remained in Switzerland – unattended for 73 years after the revolutionary’s death.

Press clippings of Modi assuring he will bring Netaji’s remains back to India if elected to power.

In May 2013, during his visit to Kolkata, he accepted from Netaji’s great-nephew, Chandra Kumar Bose, who is also the founder of ‘The Open Platform for Netaji’, a request to declassify Netaji’s records to solve the mystery. surrounding his death and disappearance, should he become prime minister. 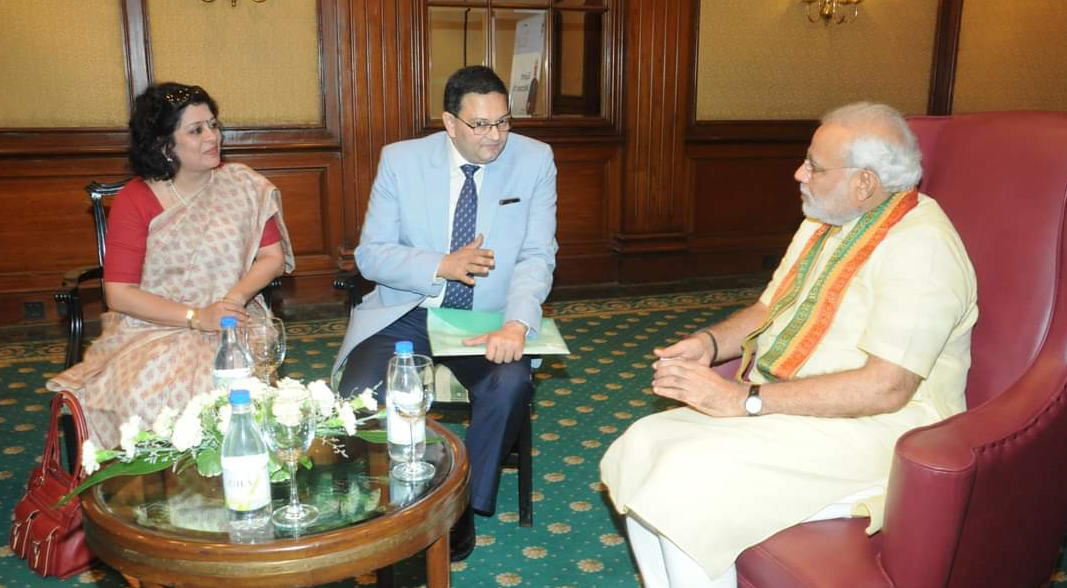 After becoming prime minister, he invited members of the Bose family to his residence on October 14, 2015.

There he announced that the declassification of all “Netaji files” would begin on January 23, 2016, Netaji’s next birthday.

Modi reminded the nation with a tweet next year on Netaji’s birthday: “Files relating to Netaji Subhas Chandra Bose are available at http://www.netajipapers.gov.in. Honored that our government has had the opportunity to declassify records relating to Netaji Bose and respond to a popular demand that has been pending for decades.

Four days later, in his ‘Mann ki Baat’ radio program, he again reminded the audience that his government had fulfilled the task of making all Netaji records public. In 2020, he reiterated the same in Kolkata during his January 11 speech at the Old Currency Building. To make clear to all those who still doubt his commitment, in 2021, on the occasion of the inauguration of Netaji’s 125th birthday celebration on January 23 at the Victoria Memorial in Kolkata, he gave the same information; and again in 2022 on January 23 at India Gate while unveiling a holographic image of Netaji near India Gate.

These 304 files are part of the total number of 2,324 Netaji files now accessible to the National Archives of India.

In 1997, 990 Ministry of Defense files and in 2012, 1,030 Ministry of Interior files were declassified. Importantly, in 2016, Modi declassified PMO (Prime Minister’s Office), Ministry of External Affairs and Cabinet Secretariat files that had until then remained hidden from the public.

Modi’s contribution extended well beyond declassification. On the occasion of the 75th anniversary of the formation of the government of Azad Hind, on October 21, 2018, Modi hoisted the tricolor at the Red Fort, a feat never before achieved. For the first time in Indian history, the national flag was hoisted on a day other than our Independence Day, August 15. At the same time, he inaugurated a renovated Netaji and INA museum at Fort Rouge.

The same year, on December 30, to mark the 75th anniversary of the hoisting of the tricolor on Indian soil, in the Andaman and Nicobar Islands, he pays floral tributes to the statue of Netaji in Marina Park and hoists the Indian flag in Port Blair . And, on this occasion, he renamed Havelock Island to Swaraj Dweep, Neil Island to Shaeed Dweep and Ross Island to Netaji Subhas Chandra Bose Dweep. He released a “Rs 75” commemorative coin, a stamp and a first day cover.

The special postage stamp, first day cover and a commemorative coin were also issued to mark the start of the 125th anniversary of Netaji’s birth on January 23, 2021.

In 2021, the government declared that from now Netaji’s birthday would be celebrated as ‘Parakram Divas’.

In 2022, Modi said that from this year, Republic Day celebrations will start from January 23 to include Netaji’s birth anniversary. The Prime Minister presented a national award, “Subhas Chandra Bose Aapada Prabhandan Puraskar” and bestowed it for the years 2019, 2020, 2021 and 2022 during an investiture ceremony organized by the Disaster Management Division of the Ministry of the Interior.

We are now about to see the installation of the granite statue of Netaji near the India Gate. There have been some criticisms of the miniature model which was released to the public in January last year. It is good to know now that the Ministry of Culture has taken public opinion into account.

It has been reported (see Bengali report below) that some rectifications have been made to the previous design of the Netaji statue. The sword, as seen on the leader’s left hand in the replica hologram, has been removed. The cross belt in the INA Supreme Commander’s military uniform was also eliminated. The details of Netaji’s face, glasses and cap are now in place. 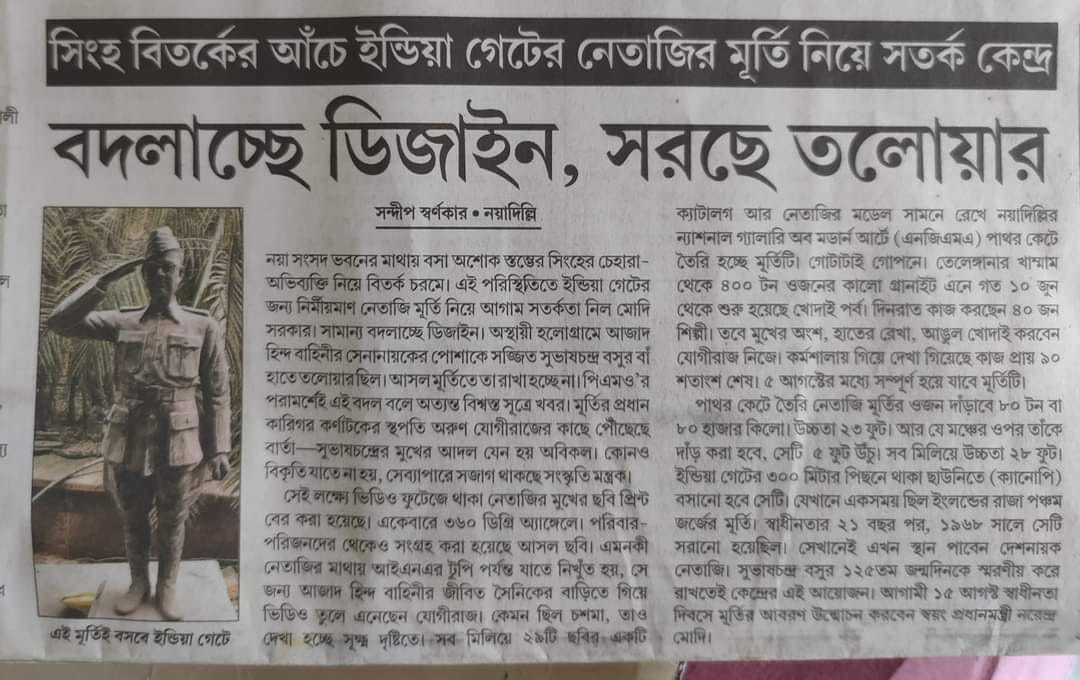 Image 7. A press clipping about the Netaji statue corrections.

The next logical step

There is no doubt that no other prime minister has honored Netaji like Modi. Netaji enthusiasts and citizens are confident that Modi will keep his promise to bring back Netaji’s mortal remains from Japan and end the evil mystery.

His government has already stated in a response to an RTI (Right to Information) request on May 30, 2017 that “after reviewing the reports of the Shah Nawaz Committee, the Commission of Inquiry of Judge GD Khosla and the commission of inquiry of Judge Mukherjee, the government came to the conclusion that Netaji had died in the plane crash of 18.8.1945.

He also clarified that “Gumnami Baba/Bhagwanji was not Netaji Subhas”. 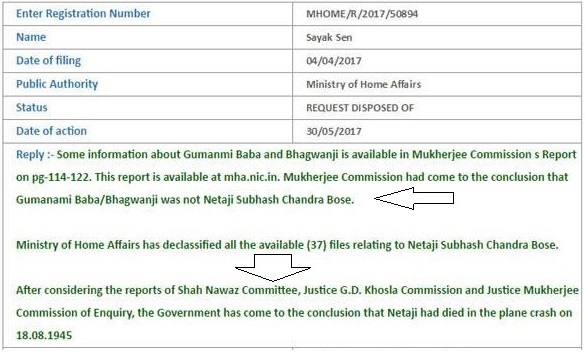 A screenshot of the RTI query stating that “Gumnami Baba/Bhagwanji was not Netaji Subhas”.

Netaji’s daughter, Professor Anita Bose Pfaff, said in her recent Independence Day press statement that it is time for her father’s remains to be brought back to India and for DNA tests – if they are scientifically feasible – may help allay the fears of skeptics who still wonder about the circumstances of his death in 1945.

Three successive generations of chief priests of Renkoji Temple – in a show of great affection and loyalty to Netaji – have devotedly cared for the urn containing his remains for all these years. Such dedication has already been acknowledged by Modi. Now it’s our turn to give the greatest freedom fighter his long-awaited place of honor in his homeland.

Netaji’s ambition was to return to an independent India. Circumstances did not let him. The best way to honor his wishes in this year of the 125th anniversary of his birth is to allow him to complete his journey and thus realize his dream of “Delhi Chalo”.

Sumeru Roy Chaudhury graduated in Architecture from IIT Kharagpur. He was the chief architect of the CPWD. He studied the Netaji files and related documents in detail.