This is a guest blog by Chris Neidl. Chris is a policy consultant to the NRDC Cement Decarbonization Team and lead author of the NRDC Design Guide for State and Local Low-Carbon Concrete Sourcing.

This year has been a landmark year for policies to reduce embodied carbon in the built environment, Buy Clean and other public procurement initiatives appearing among the most critical heavy industry decarbonization platforms. As the world’s most common building material – and one of the most emissions-intensive to produce – concrete will be a major center of intervention and change in the wake of these developments.

Perhaps the most significant and profound policy change took place last month with the announcement of the Biden administration’s Buy Clean task force that the federal government, supported by $5 billion in funding from the Inflation Reduction Act, will now prioritize the use of low carbon concrete, steel, asphalt and flat glass in almost all public construction projects. However, this major federal milestone is far from isolated. Cities and states across the country have led the way in clean purchasing policies.

In 2022, New York State and City, along with neighboring New Jersey, have become the most prolific centers of activity in this area, producing among the most prolific low-carbon procurement proposals and policies. most innovative and influential in the country. Just days after the Federal Buy Clean announcement, New York Governor Kathy Hochul and New York City Mayor Eric Adams each signed their own separate, but highly aligned, executive orders for climate-related purchases. . State Executive Order 22 (EO 22) includes a series of commitments and procurement guidelines for a number of climate and environmental priorities, including reducing carbon emissions in new construction, and New York City Executive Order 23 on Clean Construction (EO 23) more closely targets intrinsic and operational emissions in locally purchased concrete.

Both orders build on and build on other policy advances implemented earlier in the year. Last January, Governor Hochul signed the law the Low Carbon Concrete Leadership Act (LECCLA)), which, when enacted, convenes an agency and industry stakeholder group to devise a system for state agencies to award contracts based not only on price, but also on climate performance. Crucially, this expert panel is tasked with recommending performance incentives and other policy interventions aimed at accelerating innovation in the sector, not simply rewarding incremental improvements in the way concrete is made today. today.

EO 22 builds on elements of LECCLA, including the requirement for environmental product declarations (EPDs) for contractors, as well as an explicit statement that accelerating innovation will be a goal climate-aligned procurement. Unfortunately, the EO missed an opportunity to have a bigger impact by ruling out specific incentives for contractors, as well as binding targets and deadlines for emission reductions in concrete and other building materials. However, what is put forward lays the foundation for a more ambitious and comprehensive approach, and opens the door to subsequent policies and modifications.

In April, the state fully approved its first Low Carbon Concrete Specification, which applies directly to concrete purchased by public bodies for the construction of buildings and roadways. This new specification is also certain to influence the purchasing standards of local governments statewide who generally defer to state specification guidelines. New York City EO 23 directs the city to develop and require low-carbon concrete specifications, borrowing significantly from the state version that preceded it.

Central to the state’s new specification is a mandatory reduction in the amount of Portland cement used in construction. Like flour in bread, cement is the most important ingredient in concrete – essentially the glue that holds it together. However, the manufacture of cement is highly energy and emissions intensive, making cement the source of most of the emissions associated with concrete.

When states and other buyers seek to reduce the climate emissions associated with the concrete used for their construction project, a key area of ​​focus is setting standards and/or encouraging reductions in the amount of cement mixed, for example, reducing the over-specification of cement in concrete mixes and encouraging the use of additional cementitious materials such as crushed glass pozzolan to partially replace cement in concrete mixes. 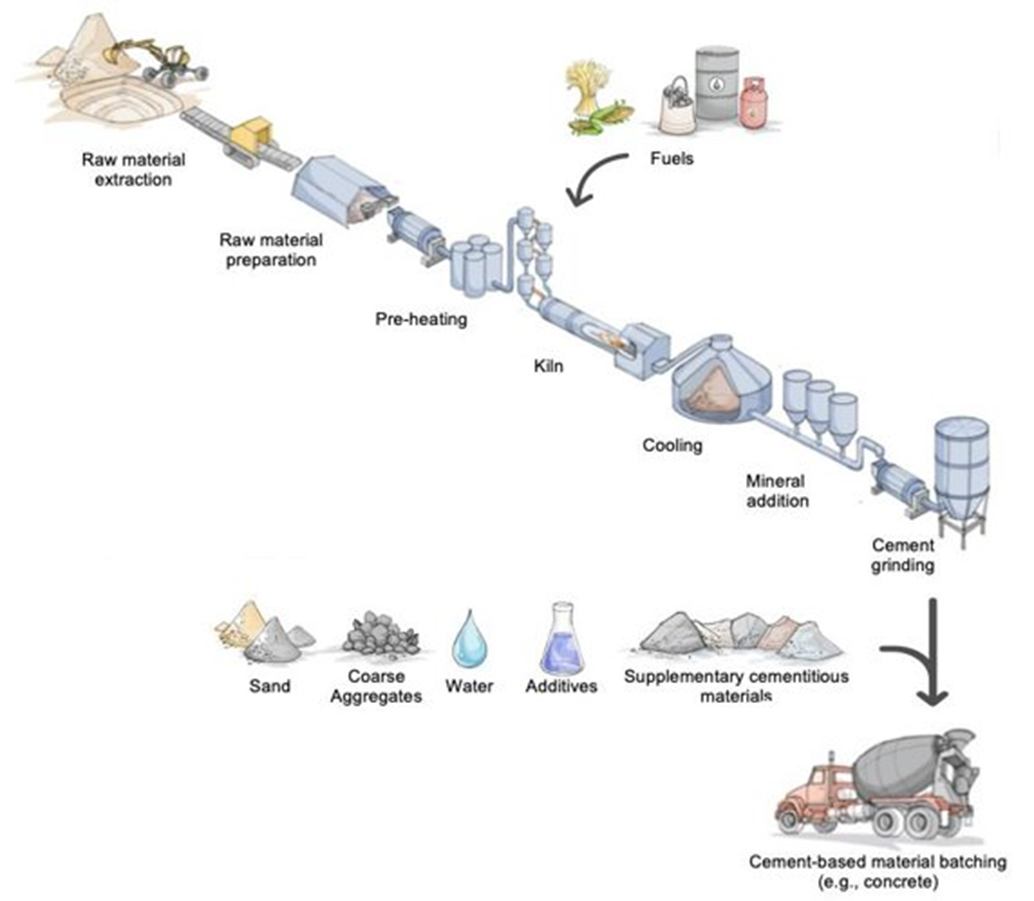 Another notable feature of the specification is the level of discretion that the new guidelines allow licensed “design professionals” (i.e. professional engineers and architects) to approve and take responsibility for the choice of materials in the concrete mixes used. This implicitly opens the door to a change of prescriptive at performance-based specification standards — a shift widely seen by industry and conservationists as an essential prerequisite for innovation in the concrete industry and acceptance of new mix designs.

Meanwhile, next door in New Jersey, a sturdier version of New York’s LECCLA legislation passed the State Senate 39-0 in May with considerable bipartisan support and backed by a broad coalition that includes key industry players. This bill goes further by incorporating tax credit incentives for producers of concrete that exceed embodied carbon standards set by the state. The legislation is expected to pass through the state assembly before the end of the year and, if signed into law, would be the first such incentive program in the United States. Notably, elements of New York and New Jersey’s LECCLA legislation informed similar bills introduced in other states, including Massachusetts, Virginia, and Illinois.

The two states’ impressive policy trajectories owe much to pioneering program commitments implemented earlier by the Port Authority of New York and New Jersey, a bi-state agency that oversees a sizable portfolio of transportation infrastructure, including major airports. The Authority’s clean building program, launched in April 2021, included a low-carbon concrete program as a core initiative. The latter includes both a low-carbon sourcing standard – focused on cement reduction – which has much in common with the New York State specification introduced a year later. It has also established an ongoing research and testing program that aims to continuously identify, verify and approve new low-carbon concrete mixes.

In April this year, the NRDC released A Design Guide to Sourcing Low-Carbon Concrete for State and Local Governments which outlines specific policy recommendations drawn from existing programs and proposals in jurisdictions across the United States. Many of the New York/New Jersey policy achievements described above align with the specific model policy set described in the guide, reflecting the leadership role of these states in this critical area of ​​climate policy. Going forward, there are several new openings that the state and city should seize in order to create real model policies that other states and jurisdictions can replicate:

An important lesson from recent experiences in New York and New Jersey, taken together, is that there are multiple pathways to adopting high-impact procurement policies. In addition to legislative action, executive orders and other executive actions at the agency or governor level can also provide or create the necessary supporting conditions by which an optimal policy suite can be achieved. Legislative and executive actions should therefore be viewed as dual paths to ultimately implementing the most ambitious state and local procurement policies.