You know it’s a cultural mainstay when Amazon’s comments section for the giant Swiss army knife becomes a nonsensical humor competition: “What? No bell?”

This month marks the 125th anniversary of the original Swiss Army Knife produced in 1897. Victorinox, the original knife maker, is celebrating by releasing a replica of its very first pocket knife.

The limited edition knife, called the Replica 1897will be available on the company’s website starting June 10.

The company said it will only produce 9,999 units of the replica, which follows the first patented design. You will only find six tools on board: a long blade, a short blade, an awl, a can opener, a screwdriver and a corkscrew.

The replica mimics the original in style and functionality. But it also retains many of the improvements made over the 125 years since the knife’s inception.

In 1897, people called it the original officer and sporting knife, and it featured carbon steel tools. The Replica Edition, however, uses the stainless steel that has become standard for Victorinox knives since 1922. The tool rivets are nickel silver, however retaining some of the precision of yesteryear.

Cutlers assemble the replica by hand from 18 individual parts, and it comes in a red “time capsule” box. 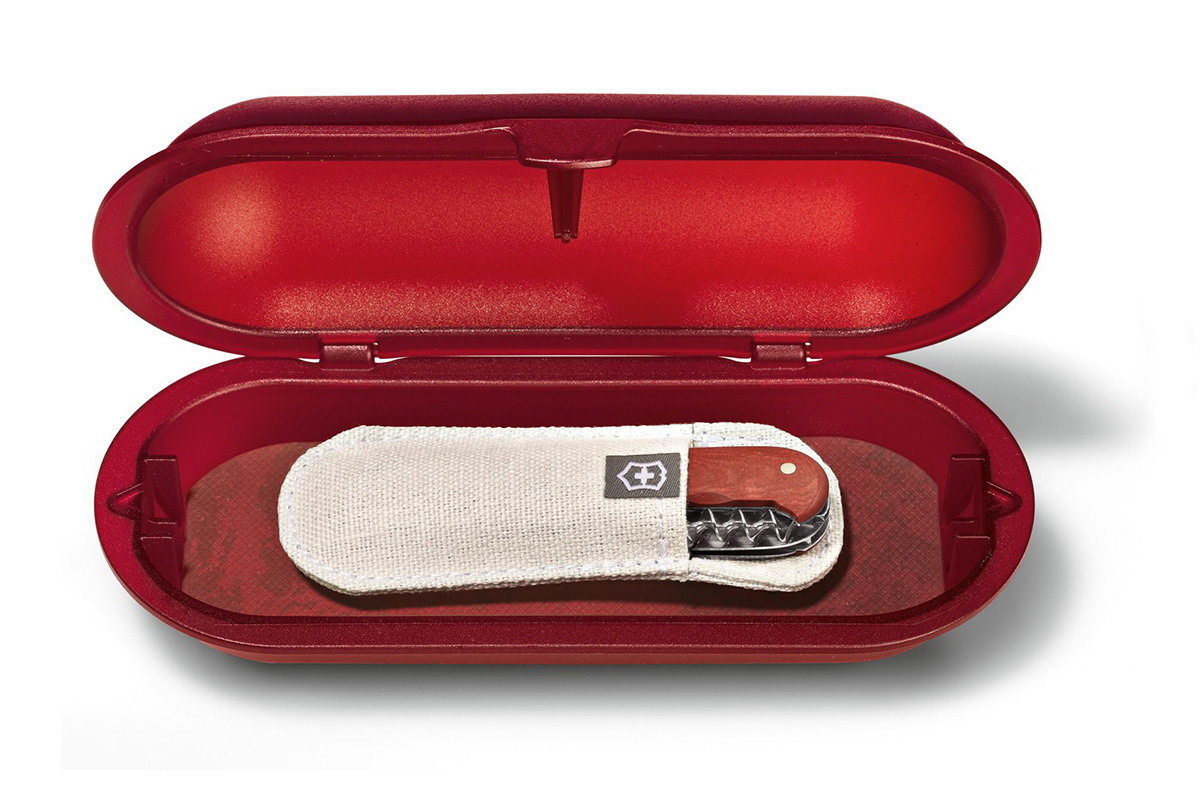 You can learn all the differences between the original and the replica in this Youtube video from Victorinox, which also includes a comparison with the Spartan model – the company’s modern standard. The Spartan carries significant upgrades, sure, but perhaps the most interesting thing about it is its similarity to the original.

Even 125 years later, the original design is instantly recognizable as the knife that has become a household name worldwide.

This month marks the 125th anniversary of the original Swiss Army Knife, produced in 1897. Victorinox marks it with a replica of its very first production. Read more…