What if it’s not really fast?

As far as batmobiles go, the Dark Night Tumbler Trilogy alone might be the most outrageous of them all and if you’re a die-hard Batman fan, this batmobile replica is sure to blow your mind. Like every other Batmobile of the past, there have been a few Tumbler replicas on the streets, but the world’s first and only electric Tumbler replica is as good as it gets. On the bonus side, if you want to buy one for yourself, you can do that too, because the designer of this Tumbler replica can make one for you if you want.

Also read: 10 DC Design cars and how they look in the REAL world: Maruti Swift to Mahindra XUV500

The man behind the creation of this actual Tumbler is architect and artist Nguyen Dac Chung. He is the owner of Vietnam-based Macro Studios, a company that gained popularity by creating intricate superhero costumes. Nguyen, with a team of skilled and talented designers, mechanics, engineers and architects, first created this masterpiece with an internal combustion engine (ICE), but then replaced the transmission of the replica by a more durable electric transmission. 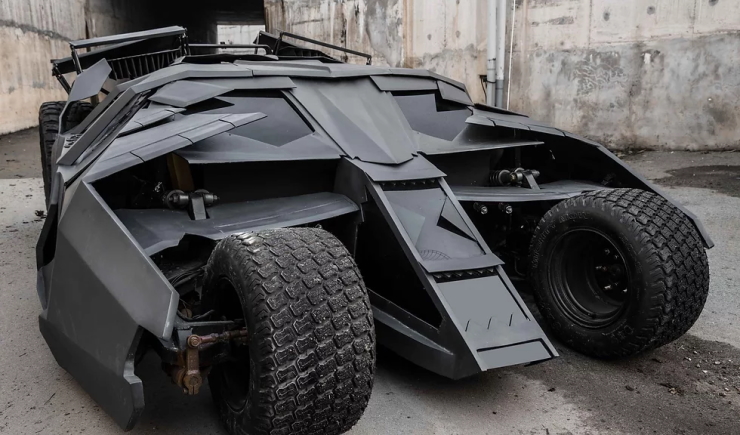 The Electric Tumbler, which weighs only 600 kg, is almost four times lighter than the original batmobile of 2268 kg. This true replica Tumbler retains the original tubular steel frame like the Batmobile in the movie, but replaces its heavy metal bodywork with lightweight panels made of ABS plastic, carbon fiber and composite. The designer revealed that some of the parts of the E-batmobile are handcrafted, while a few of them are 3D printed.

According to available information, dimensionally, the replica measures 3,700 mm in length, 2,400 mm in width and 1,300 mm in height. The vehicle comes with 13-inch rims wrapped in 22-inch tires up front, while at the rear the replica gets a set of 18-inch rims wrapped in gigantic 33-inch tires. The wheel size of the E-Tumbler is a bit smaller than the original vehicle. Additionally, the replica has a fake exhaust, slightly different air intakes and some minor changes to the aerodynamic components, but other than that overall the vehicle looks pretty much identical to the original vehicle. 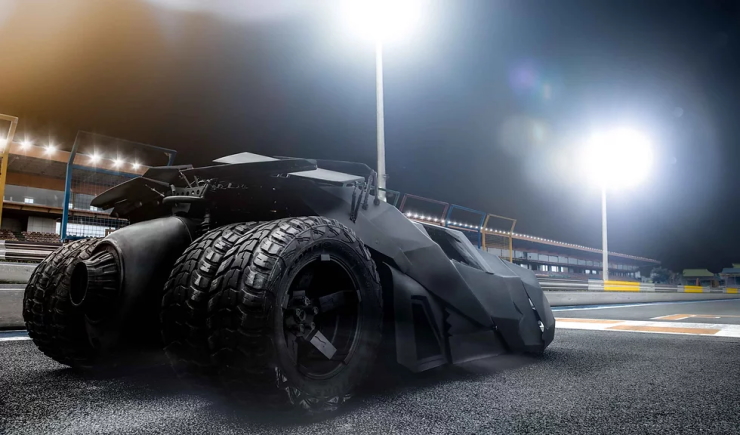 The replica inside receives a cockpit in which a driver and a passenger can sit, but getting in and out of the vehicle will be a difficult task. It comes with two hydraulic doors that open and close via remote control, while it also has 4 tactical cameras for a near 360 view, especially useful when navigating tight turns.

Nguyen’s previous 2020 Tumbler replica was powered by a 400cc 4-cylinder engine, but this time around the ICE has been replaced with an electric drivetrain. The replica receives a new electric motor coupled to a lithium-ion battery that allows this vehicle to reach a top speed of 104 km/h. Currently, there is no information on the exact specifications of the battery or the motor, but we can hope that the company will release this information soon. It is the same with the range of the electric Tumbler. We reckon it will hurt a bit in the overall lineup due to the massive tires and unconventional vehicle design.